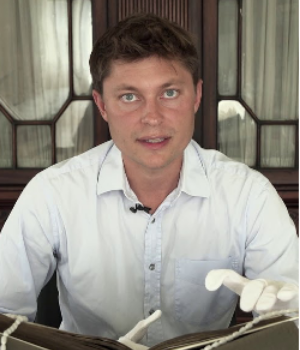 Mark Faulkner is Ussher Assistant Professor of Medieval Literature and Director of Global Relations in the School of English, as well as Director of Trinity’s interdisciplinary M. Phil in Medieval Studies. He has published widely on English in the twelfth century, with his first book An Unknown Tongue: Language and Literature between Old and Middle English forthcoming in 2021. His work on this period, for which no standard scholarly resources like dictionaries or grammars exist, led him to corpus linguistics and methodologies for automatically inferring linguistic norms from the surviving texts. This has so far led to an IRC New Foundations grant for his Medieval Big Data Project (2016-7) and a Provost’s PhD Award for Medieval Big Dating (2018-2023), which looks to use these techniques to date the composition of medieval texts.