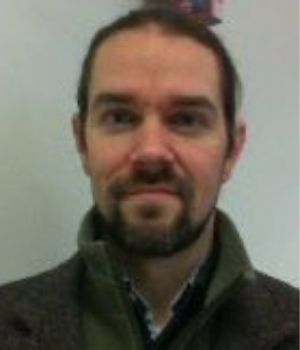 Nicholas E. Johnson is an Assistant Professor in the Department of Drama and a scholar-artist who convenes the college-wide Creative Arts Practice research theme. He is co-founder of the Samuel Beckett Laboratory, where the techniques of the theatre laboratory are used to produce cutting-edge research and practice in relation to Beckett in performance. A director, adaptor, and literary translator, Johnson has used techniques of performance in interdisciplinary research projects including “The David Fragments” after Bertolt Brecht, “Enemy of the Stars” after Wyndham Lewis, “The Machinewreckers” and “Masse Mensch” after Ernst Toller, “The Brothers Karamazov” after Fyodor Dostoevsky, “Howl” after Allen Ginsberg, “Three Dialogues” after George Berkeley, “K.” (based on the short prose of Franz Kafka), and “The Way of the Language” (based on a large archive of non-fiction materials relating to Guantánamo Bay and post-9/11 America).

He co-edited the Journal of Beckett Studies special issue on performance (23.1, 2014) with Jonathan Heron. He has facilitated performance workshops worldwide, including most recently the US, UK, Germany, Turkey, India, Japan, Bulgaria, Morocco, Israel and the West Bank. He is a founding co-director of the Beckett Summer School at TCD and a co-founder of the new Trinity Centre for Beckett Studies. He won the Provost’s Teaching Award (early career) in 2013, and in 2016 he held a visiting research fellowship at Yale University.