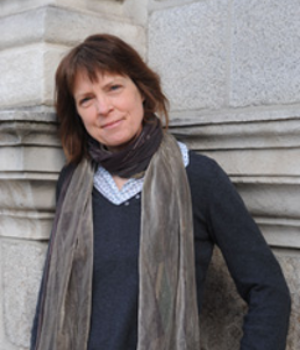 Ruth Barton is Head of the School of Creative Arts and Associate Professor in Film Studies at Trinity College Dublin.

She has published widely on Irish cinema and her works include Irish National Cinema (Routledge, 2004) and Acting Irish in Hollywood (Irish Academic Press, 2006).

Her new monograph, Irish Cinema in the Twenty-First Century, was published in 2019 by Manchester University Press. She was P.I. on the Creative Ireland funded research project on career construction in Irish Film/TV Drama and Theatre, Ecologies of Cultural Production (2020). She is a regular contributor to RTĖ radio’s arts programme, Arena.